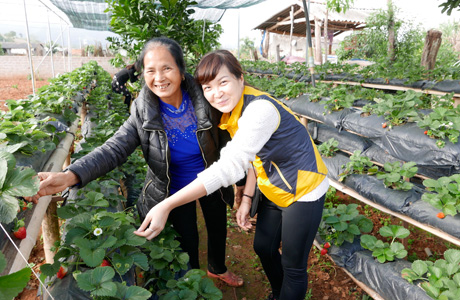 An Australian-funded project with the support of Fresh Studio is helping farmers in Vietnam increase their income by supplying high-quality, certified-safe vegetables to retail stores and urban consumers in Hanoi.

Using a value chain model developed as part of the ACIAR – AHR project team, farmers in the Moc Chau region of North Western Vietnam are now producing certified-safe vegetables for urban consumers in northern Vietnam. Through the project effective direct trading relationships and two-way communication between the farmers, the supermarkets and specialty safe vegetable stores in Hanoi have been established. Direct marketing to Hanoi represents a completely new approach and market for local farmers and it’s showing clear economic benefits. In 2015, 68 project farmers (71% female and 10% H’Mong) in the Moc Chau villages of Tu Nhien, Ta Niet and An Thai, produced about 800 tonnes of certified-safe vegetables on 22 hectares of land.

The leader of 38 farmers in the Tu Nhien village, Ms Luyen said:
“Farmers who are working in the new value chain are no longer poor, they do not have to borrow money to grow their next crop. Many of the farmers have been able to improve their houses, and can more easily afford to send their children to school”.

In the neighbouring project village of Van Ho, H’Mong farmers have been producing vegetables for only one season, yet they have already recorded a net income from vegetables of 116 million VND ($7,300) per ha per year, an increase of 480% over the 20 million VND per ha they can earn from rice. Alternative land uses such as growing maize or rice return a net income to the farmer of about 20 million VND ($1260) per ha per year, only 7% of the income they could make from accredited-safe vegetables.

Ms Luyen has been able to buy two trucks for sending high-quality vegetables from Moc Chau to Hanoi in good condition. She has also built a covered packing area and a separate crop receival area where local farmers can bring their produce for grading and packing before it is sent to retailers such as FiviMart, Metro and Biggreen in Hanoi, on the night it arrives. 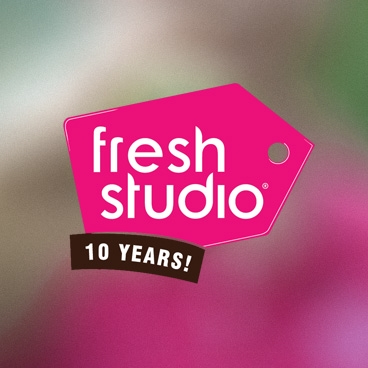 2016 will be a special year as Fresh Studio will celebrate a momentous milestone: its 10th anniversary. 10 years of innovative sustainable agriculture and business development from farm to fork.

Besides our 10th anniversary we will have a lot more highlights to look forward to in 2016. Below you can read a selection of the highlights for 2016. We wish you a happy and festive season from the whole Fresh Studio team! Chúc Mừng Năm Mới!

The opening of our new office in Myanmar to pursue our mission to grow better lives from farmers to consumers.

The establishment of an ultra-modern R&D aquaculture farm in the Mekong Delta, Vietnam to support our client and partner. Using both indoor and outdoor facilities, we will conduct feed digestibility and performance experimentation, as well as farming innovations demonstration.

The start of a new office in the Netherlands that will provide for a ‘connect-and-develop’ platform to further enhance our collaboration and services within the Asian-European agro-food sectors.

The kick-off of our new state-of- the-art facility, the “Fresh Studio Food Lab”, in which sensory tests are conducted to develop better fresh and processed food products for our clients and to bring enjoyment to end-users.