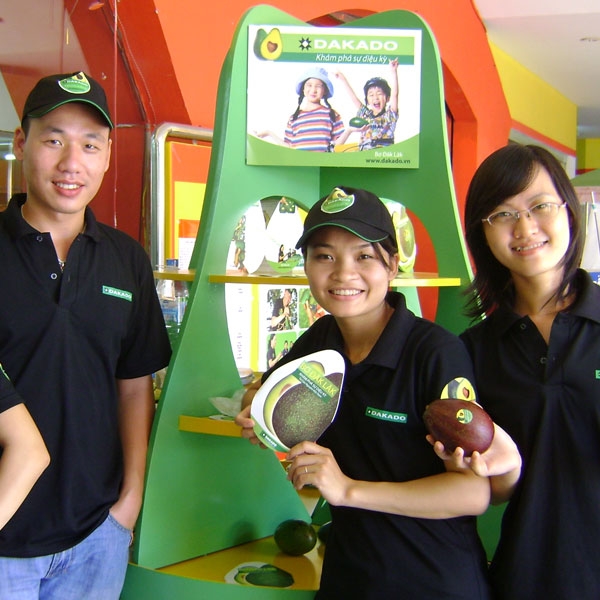 HANOI – After the success of the avocado promotion campaign in HCMC in 2007, Fresh Studio and its project partners expanded the avocado campaign to Hanoi.

The campaign in Hanoi was complicated because Dak Lak Province is almost 3 days drive away. To guarantee the quality, the new DAKADO trays were flown in daily between Buon Ma Thuot and Hanoi.

As last year in HCMC, Hanoi consumers reacted very positively to the first ever marketing campaign for a domestic fruit. Both METRO and Fivi-Mart saw their avocado sales increase almost tenfold. Many consumers could not believe that this product was from Vietnamese origin, as they had never seen such a professional presentation for a Vietnamese fruit.

This year’s campaign was a design based on the experiences of last year, and from desires expressed by several consumer focus groups. During focus group sessions, Fresh Studio’s Sigrid Wertheim-Heck and Ha Thi Viet Phuong discussed with representative consumer panels their perceptions of the use of brands for fresh produce in Vietnam.