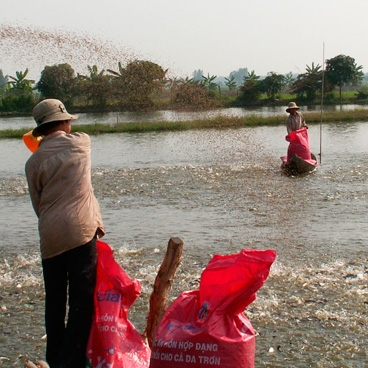 At the GLOBALG.A.P. workshop that took place at Vietfish on 6 August 2014, Mr. Truong The Van, the Vice Chairman of the Tra Vinh Fisheries Association, shared the challenges and benefits for small-scale producers of GLOBALG.A.P. Certification in general, and GLOBALG.A.P. Group Certification in particular. He specifically highlighted the cooperation promotion between farms. He also outlined how raising producer awareness of Good Aquaculture Practices and environmental protection benefits the aquaculture sector as a whole and consumers worldwide.

An added advantage of GLOBALG.A.P. Group Certification for small-scale producers in Vietnam in particular is that they immediately comply with the national government’s decree requiring all pangasius farming activities to be certified against sustainable certification systems by 31 December 2015.

“I congratulate the Tra Vinh Cooperative for pioneering GLOBALG.A.P. Aquaculture Group Certification in Vietnam and around the world,” said Kristian Moeller, GLOBALG.A.P. CEO. “ Almost 100,000 fruit & vegetable farmers, that’s more than 70 percent of our GLOBALG.A.P. certified producers worldwide, are organized in groups and covered under GLOBALG.A.P. Group Certification. The first group small-scale farmer certificate in aquaculture confirms that achieving our high integrity requirements for food safety and sustainability systems on farm via a group generates benefits to small-scale producers that can also be enjoyed by the aquaculture sector. The European retail markets have a particular interest in connecting to smaller producers to secure their sourcing. I am pleased to announce that the majority of our German retailers are introducing and implementing policies that require GLOBALG.A.P. Aquaculture Certification as a food safety baseline for their entire aquaculture range.” 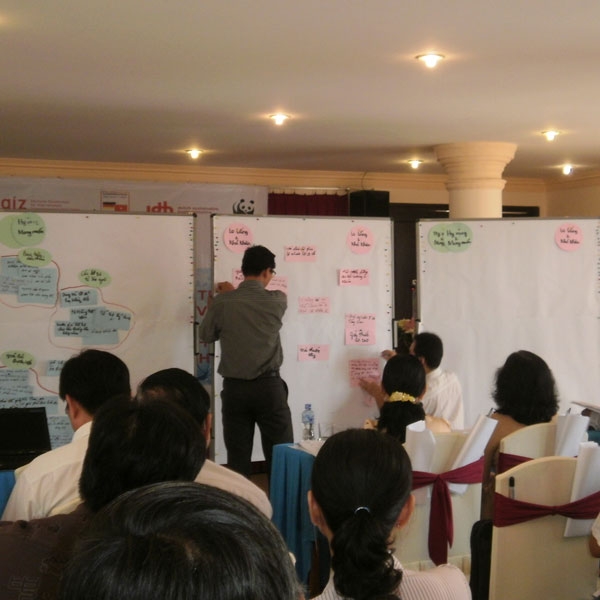 The assignment started with an extensive analysis of the gap between the current fish farming practices and the new standard of ASC for pangasius, as well as the GLOBALGAP standard. While most pangasius fish farms in the Mekong Delta have developed into quite large very intensivebusinesses, the Tra Vinh pangasius smallholders have developed a different but sustainable production system.

The Tra Vinh model is less intensive, fish are healthy, and can be seen as a “cradle to cradle” scheme. Indeed, outlet waters are often use for irrigation of fruits and coconut gardens , and mud for fertilization. We believe that this farming system deserves market for those consumers who care about sustainability and quality, instead of disappearing into a bulk commodity pangasius product.

Based on the gap analysis a detailed plan was made to assist the smallholders to comply with both the ASC and GlobalGAP standard, one of the most important steps in this process was to first screen Vietnamese pangasius processors/exporters and European importers, in order to link the pangasius farming smallholders to those parties who are keen to buy and sell sustainably produced fish. These parties need to be willing to invest into the training of the farmers and to take over the whole extension and Internal Control System (ICS) after the first phase of the project is finished. Various companies were screened and very interested companies were selected to join the program.

On September the 17th and 18th a successful workshop was organized by Fresh Studio in Tra Vinh, where all pangasius small holders, the fisheries association, GIZ, local governmental departments and the selected companies came together and agreed on a detailed work plan, formalized into a MoU. All parties openly shared their hopes and fears and strategies were developed to deal with some of the fears.

The coming six to nine months the fish farmers will go through an intensive training program and a ICS system will be developed.