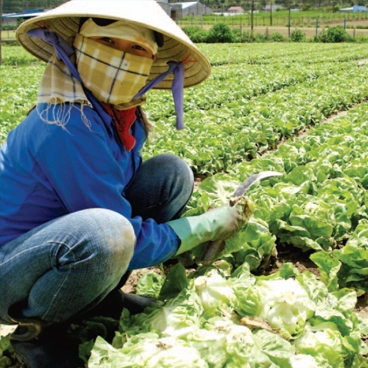 Vietnam is booming. In recent years, the country has ranked as Asia’s second fastest growing economy after China. Its entry to the WTO last year has opened the door to record high foreign direct investment in many sectors. With Vietnam’s commitment to allowing 100 per cent foreign-owned investments in the retail sector by 2009, many companies are looking to tap into the large consumer market of over 85m people. But opening its markets also means more competition.

One area where Vietnam is feeling the heat from competition is in the horticulture sector. An influx of products including carrots, potatoes, onions and tomatoes from China and durian and mangosteen from Thailand are threatening Vietnamese
farmers in their own backyard. With its 20 skilled professionals and two offices in Vietnam, Fresh Studio is working to transform the country’s traditional fruit and vegetable distribution channels into more dynamic value chains. The key difference is that firms that participate in a value chain – farmers, traders and retailers – form a strategic alliance which focuses on the competitiveness of the overall chain and not just on their own short-term profit.