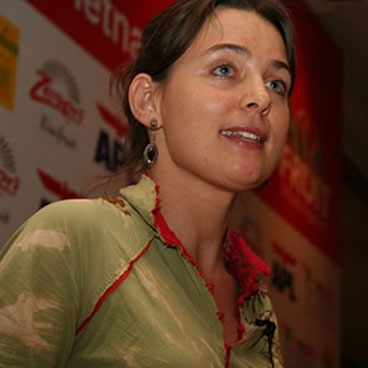 HCMC – Vietnam is rapidly emerging as the next major market opportunity for the fresh fruit and vegetable business in Asia.

This much was very clear from last week’s Fresh Produce Vietnam, the first-ever international produce conference in the country, which was abuzz with news and networking focused on its exciting potential.

The three-day event, which met from 2-4 April in Ho Chi Minh City, attracted more than 150 delegates from 20 different countries, reflecting the global interest in Vietnam’s potential both as a supplier and as a consumer market.

Opening the conference, Dinh Van Huong, chairman of Vinafruit, outlined the government’s ambitious targets to boost fruit production from 7m tonnes to 10m tonnes by 2010 and to more than double export revenues to US$760m in the same period.

Dr Ngyuen Minh Chau of the Southern Fruit Research Institute pointed out that Vietnam’s capacity to supply a wide range of tropical and temperate fruits on a near year-round basis is a distinct advantage. The industry still faces major hurdles to fulfilling its potential, most notably the fragmented supply base of smallholders, he said, but two dragonfruit producers gained EurepGAP certification in 2006/07 and the launch of VietGAP this year should provide more suppliers with a platform to reach such standards.

Vietnam has also seen competition from China and Thailand intensify since free trade deals in 2003, and HortResearch’s Dr Michael Lay-Yee and Rabobank’s Brady Sidwell both underlined that the export market opportunity for Vietnam is focused on high-value products.

Vietnam’s burgeoning consumer market is also driving quality standards among local producers, and delegates heard how retailers like Metro Cash & Carry are helping to improve the supply chain by working directly with farmers.

Demand for imported fruits is also rising rapidly, and Vanguard’s Craig Stauffer said Vietnam represents a “phenomenal growth opportunity” with the scope to expand by 15-20 per cent annually. While the market opportunity for global suppliers has predominantly focused on a high-end niche to date, it is poised to become much bigger as tariffs are reduced, the economy forges ahead and modern food retail with refrigerated vending takes off, heard delegates.

The modern retail trade is still “very underdeveloped” in Vietnam compared with other countries in the region, according to The Nielsen Company’s Susan McDonald. Its share of total retail sales amounts to around 10 per cent, but it grew by 45 per cent last year with 72 new stores opened, and the modern trade could grab a 25 per cent share by 2010 as the market is set to open to 100 per cent foreign investment next year, she noted.

When it comes to buying fruit and vegetables, the wet market is still the preferred destination for Vietnamese consumers who tend to shop on a daily basis for fresh produce. Sigrid Wertheim-Heck of Fresh Studio Innovations Asia also highlighted deep and mounting food safety concerns among consumers following health scares. “They are very scared but have a low trust of guidance systems, and this shows the paradoxical consumer we’re dealing with,” she noted.